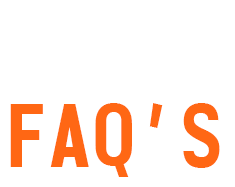 The City 5K promises runners from all over the city and country the best that a city has to offer in less than 5K. Each event incorporates challenges that highlight the city's best food and cherished icons. Plus, we always have a great emcee and special guests. And, it's just really fun!

Was this called something different in the past?

It was! For the first two years the event was called the "Brocathalon". Why did we change it? Because this race is for men, women, children, and the entire family. We didn't want people to think it was only for guys since "Bro" was in the title. If you look hard enough, you'll even see the old logo on this site sometimes. It's historical!

Is this event only for hardcore runners?

Are you feeling a little out of shape? We always include a shortcut on the trail for the people who want to cheat the course. We know that not everyone wants to run the entire 3 miles without stopping. But don't worry: even if you take the shortcut, you will still be able to eat the chicken wings on the course. Score one for the lazy people! As we like to say this race is for everyone. Invite your friends and family who hate running, and they'll just come for the food and special guests. Everyone wins!

Who decides the best of the city?

We either have a giant 14 GHz computer that calculates the best of the city using an advanced algorithm or we pick them ourselves based on our knowledge of the city. We'll leave that up to you to decide what you think really happens.

What happens after you finish

You won't want to go home. Seriously. We'll have entertainment, awesome emcees, and a party waiting at the finish line. Not only will you want to stay for that, but we encourage you to invite friends.

Why should I do this?

Because you'll have fun, impress your friends, and be a part of the best run in the history of the world. Well, at least we think it is. Plus, if you're not from the city this will give you a chance to enjoy the best that it has to offer. And you're even helping out some great charities too.

What do I get with registration?

You get the chance to participate in all of the challenges on the course, a bag full of swag, and you'll have access to the post-race party with the special guests, great entertainment, and prizes. Plus, you get a sweet discount on an awesome t-shirt. Why haven't you signed up already? That sounds amazing.

Will this race be expanding to more cities?

Yes! We are in the process of scouting out new cities, and we'll be announcing new locations soon!

Does this benefit a charity?

Of course! For each of The City 5K's, we partner with local charities to give 10% of the ticket sales to deserving non-profits. We love charity - the founding members of the event even met while working at a non-profit.

Where do I pick up my packet?

We'll have locations prior to race day and will announce them as the event date approaches. Don't worry, we'll keep them near good food places so you'll be able to stop for dinner to "carbo-load" before the race.

What should I wear?

Pants. You should definitely come wearing some kind of pants. You know what? Shorts will work too. Just wear what you normally would to run. As long as you have something covering your lower half.

Can my friends come if they don't want to run?

Of course. They can even check out the after-party, but they will miss out on the food, t-shirt, race, and race bag. But they will get to see how much fun you had!

What's the deal with the teams?

Everybody wants to be a part of a team right? Teams give you a chance to hang out with your friends and share the fun of The City 5K. Most people like to come with a common theme, and they make for great pictures. If you want to add people to your team after you complete a registration, just have them enter your team name on the registration form (under the handy "Team Name" section) and they'll be grouped with you!

Is the run timed?

We like to keep things simple so we aren't timing the Brocathalon. Why worry about your time when you can just enjoy the race instead? Yeah, that's definitely a better way to go. Plus, there are a bunch of handy apps that will track your time and distance for you.

Is the race open to all ages?

Of course! The City 5K is family friendly so you can bring your kids, your parents, and your grandparents. (If you have creepy uncles, please keep them at home.) Anyone under 18 must bring a waiver signed by a parent or guardian to packet pick-up or race day, and children 8 and under run for free (or chill in a stroller while you run).

Is the race refundable?

The race is not refundable, but you can transfer your registration to someone else. But if you do that, just know that you're probably going to be overcome with a sense of jealousy when race day happens. Prepare yourself.

Of course! We need volunteers to help this event run smoothly, and we appreciate the help. You may even get to be one of our zombies...you can use this form to sign-up!

You can sign up through our secure registration page when the races go live. You're almost done with this FAQ, so you should just go ahead and sign up while you're thinking of it. We wouldn't want you to forget and then have to feel the pains of being left out the day of the race.

I've heard some people say it's "The Best of a City In Less Than 5K" - how long is this run?

The course is less than 5K if you take the cheater's course (see "Is this event only for hardcore runners?" above). Don't worry, we (probably) won't make fun of you if you cheat. Otherwise, it's a standard 5K. And for those of you who aren't familiar with the metric system, 5K is about 3.1 miles.

We love dogs here at The City 5K headquarters, and that's why we don't allow them on the course. We wouldn't want anything to happen to them. When they see all the fun that is happening, they may just take off to explore and leave you alone to wallow in your lost friendship. And for the sake of fairness, we can't allow other animals on the course either.

Is the race handicap accessible?

Yes - if you have any questions you can contact us.

What's with the name?

The City 5K is race/jog/run/fun-run that celebrates the Best of a City. So...we called it The City 5K. Simple, right? 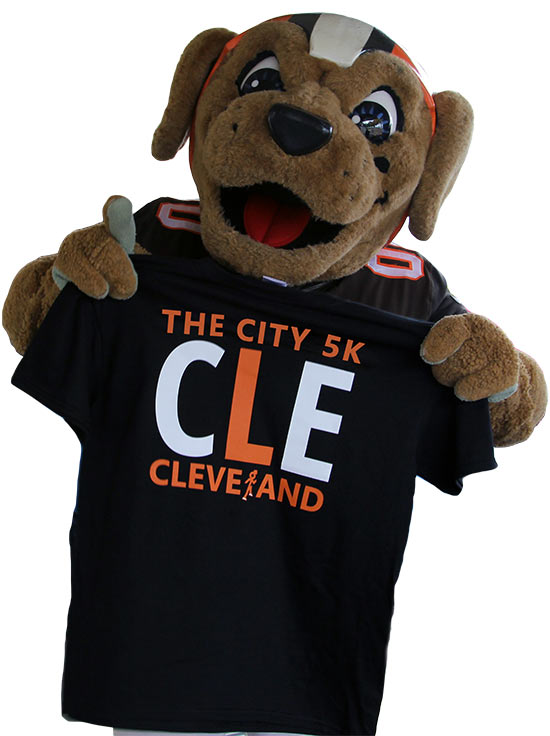